Conservative Member of Parliament for Mid-Derbyshire 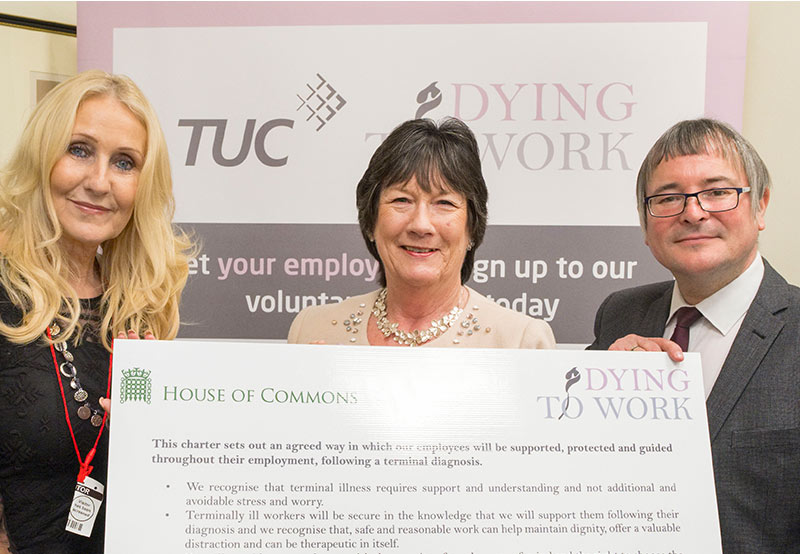 Pauline Latham OBE MP became involved with the ‘Dying to Work Campaign’ as a result of the awful mistreatment of her constituent Jacci Woodcock by her employer when she was diagnosed with terminal cancer.

Jacci, from Milford, was treated very badly by her former employer. She was provided with no support and her employer tried to sack her when she was diagnosed with terminal cancer and she felt pushed out as a result of her condition. Over the past few years Jacci has campaigned tirelessly for the Dying to Work Campaign. The ‘Dying to Work’ campaign is a cross-party campaign for additional employment protection for terminally ill workers.

Pauline has been delighted to welcome Jacci to Parliament on a number of occasions, to encourage her fellow Parliamentarians to sign the Dying to Work voluntary charter & commit to the rights of terminal workers in their employment. Pauline has also attended a number of Charter signings including by Rolls-Royce, a huge employer in her Mid-Derbyshire constituency and across the UK.

Pauline said, “Jacci wants a change in the law in relation to the rights of terminal workers to be her legacy. I am 100% behind this and will do all I can to support the Dying to Work Campaign!

Jacci’s work is inspirational. I admire her great dignity and determination. It is only right that terminally ill workers are given the appropriate support and that their rights are up held.

I believe that it is of fundamental importance that we work to raise awareness of the Dying to Work Campaign and get as many employers to sign up to the charter as possible.” 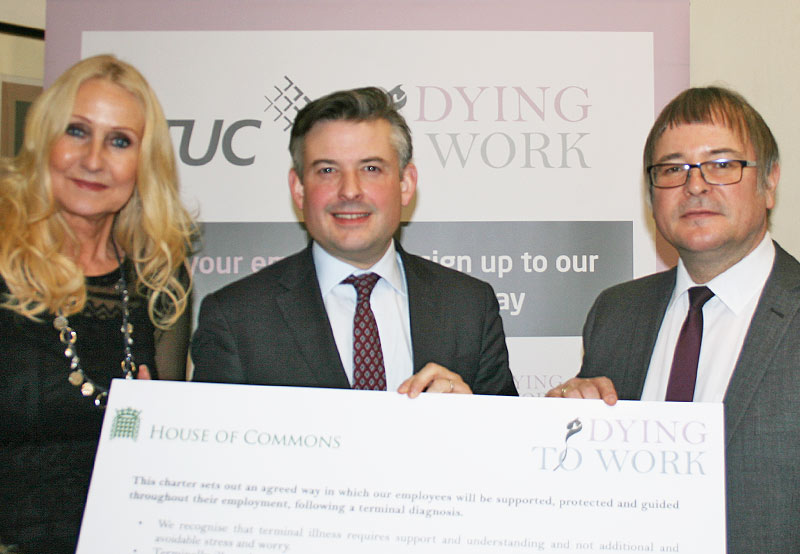 Jon Ashworth MP hosted a cross-party event in Parliament to support the TUC’s ‘Dying to Work’ campaign. This campaign is seeking to change the law to provide additional employment protection for terminally ill workers.

Dying to Work was set up following the case of Jacci Woodcook, a sales manager from Derbyshire, who was forced out of her job after being diagnosed with terminal breast cancer.

Jon said: “People battling a terminal illness deserve choice and shouldn’t be forced to undergo stressful HR procedures with the risk of losing the positive stimulation and distraction of work.”

“It is shocking to think that if people with terminal illnesses are dismissed, or forced out of their jobs, that their loved ones will lose the death in service payments that the employee has planned for and earned through a life-time of hard work.”

In addition to support from across the political spectrum, the campaign has also been endorsed by a number of trade unions and charities, including Breast Cancer Care and Second Hope.

E.on was the first company to sign the Dying to Work voluntary charter to provide support to their employees at a ceremony in College Green.

Jon commented: “I am proud to back the TUC’s Dying to Work campaign and I will be encouraging businesses in my constituency to sign up to the TUC’s voluntary charter to help ensure that the current law is changed.”

To date, 130 MP’s have signed the Dying to Work Charter as a commitment to their staff 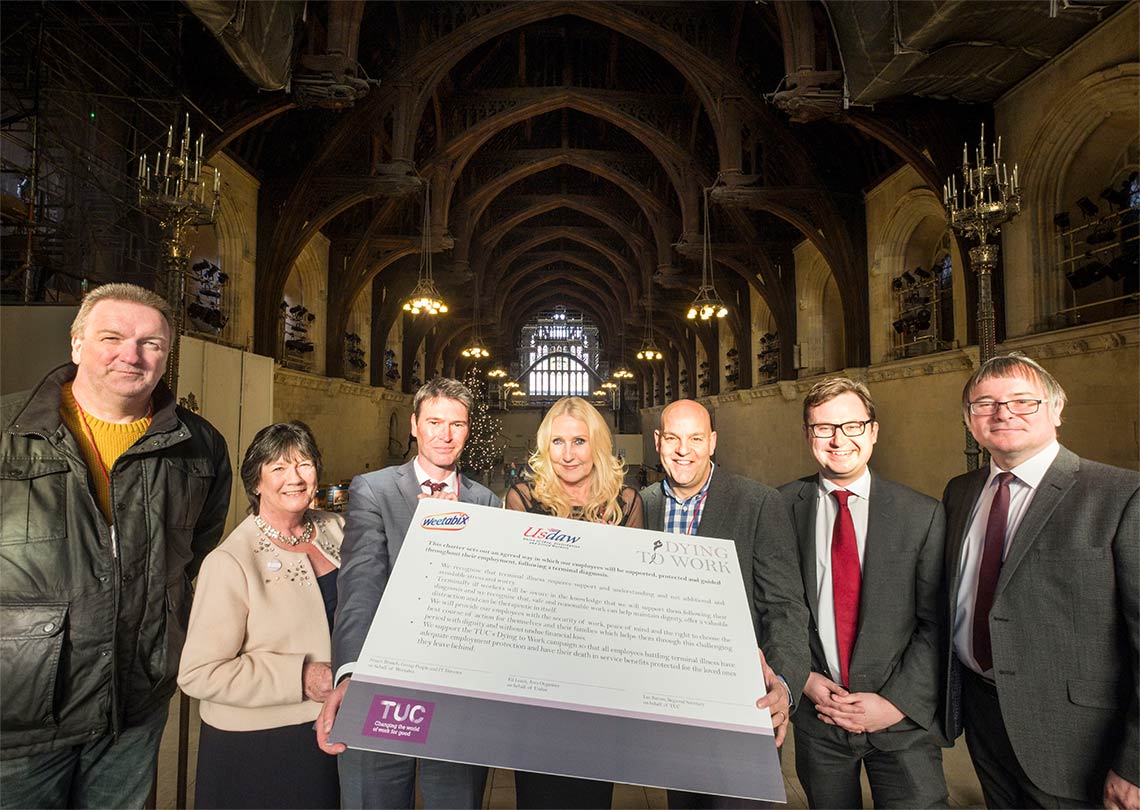